What Price a Good Story?

It may be worth more than you think 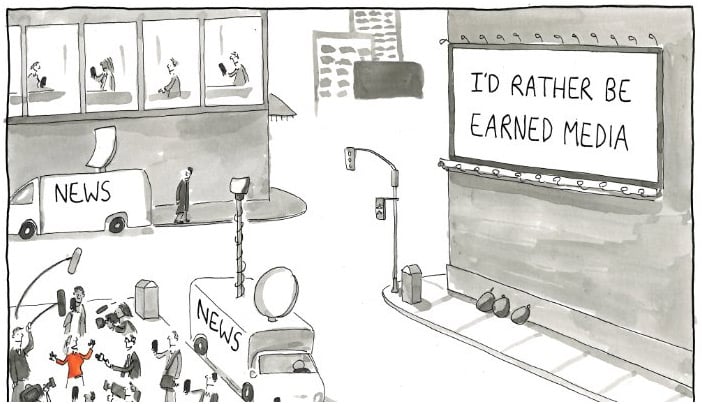 In September 2015, Rupert Murdoch’s News Corporation purchased the UK social media start-up Unruly. What Unruly does, together with the price tag – GBP114 million – reveals more eloquently than I ever could, the true value of storytelling. To quote a gushing Evening Standard profile of cofounder Sarah Wood, published a week later 1:

“A new challenge is ad blocking, as Apple allows users to download software to filter out commercial messages. Wood is preparing for this with Unruly’s Future Video Lab, “focused around steps that brands need to take to survive the ‘adpocalypse’”. Her solution is to make adverts that people don’t want to block — “more than ad blocking, the biggest challenge is overcoming the psychological ad blockers in consumers’ heads.”

There you have it; GBP114 million to overcome ‘the psychological ad blockers in consumers’ heads! You see, I could blog, present, lobby, sing, shout, chant, scream out loud from the top of the Mumbai Sealink — that storytelling is as old as humanity, and is something that defines and distinguishes intelligent life, but it’s not half as convincing as a cheque for GBP114 million!

The Unruly deal – together with the ATL arms race to beat the ad blockers – assumes that advertising is somehow absolute, a given, some sort of fundamental of modern life. That all that’s required is direct contact between the brand and the consumer – through brand-compliant messaging, of course. Then, by virtue of persistence, big data, the laws of probability, or simple attrition…consumers will end up succumbing.

But the reality tells a different story. According to PageFair2, at least 309 million people (16% of the world’s 1.9bn smartphone users) are blocking ads on the mobile web; 89 million of whom are based in India, and 28 million in Indonesia.

Apart from the physical barriers facing advertisers, the social and cultural ones are starting to impact their effectiveness, particularly amongst the younger demographic. Market research from KantarTNS suggests that one in four consumers are ‘actively ignoring’ brands on social media3, while other research suggests that Generation Z (under 25 years old) is deserting mainstream social media altogether4. As the death of social media platform Vine illustrates5, spending huge amounts of money to propagate messages provides no guarantee of a meaningful audience on the other side.

The art of actually telling a story appears to be on the rise. Last year, book sales actually rose in the UK6; in India, newspaper sales continue to rise; in 2015, both subscription numbers and advertising sales rose7. The logic of earned media is also gaining traction. As WE Communications international president Alan VanderMolen – and one of my former bosses – succinctly puts it. "In places like the US and UK where the space for earned media placements has gotten smaller and more competitive and in China where social media is growing exponentially, earned media still rises to the top in terms of consumer influence…"8 And he has research to prove it.

To that, I would also add India; the growth in social media is not being offset by some form of corresponding decline in editorial.

That’s not to say that the earned approach is easy…. it’s precisely as easy as the art of persuasion; some people are better at it than others. But in an age dominated by ad blockers, web filters, Gen Z ‘attitudinal and technological’ defence systems tuned to repel the slightest evidence of brand puff, storytelling looks like a good bet; particularly for those of us who can’t stretch to a GBP114 million acquisition!

What Tinder Reveals About the Price (and Value) of Privacy

Meet the New Editor-in-chief — You!